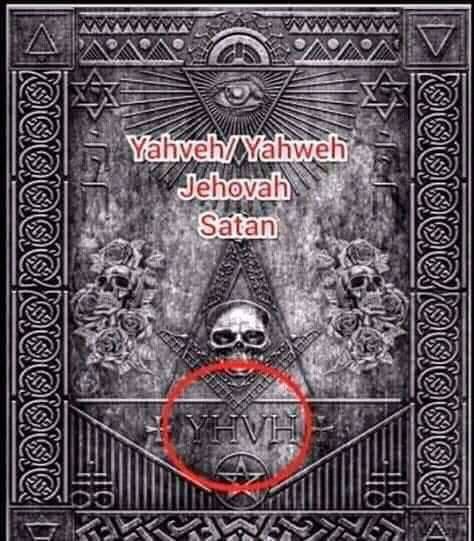 BACK IN GENESIS IT SAYS, ABRAHAM NAMED THE PLACE ISAAC WAS TO BE SACRIFICED, JEHOVAHJIREH; HOW IS IT IN EXODUS, THE MOST HIGH SAYS MY NAME WAS NOT KNOWN TO THEM (ABRAHAM, ISAAC AND JACOB).

After the fall of Biblical Israel, their texts remained behind, while they were exiled and taken captive. These texts remained fairly intact, and were not tampered with until a group came along. This group was called the Masoretes, and they existed for a few centuries as scribes.

The Masoretes were not from the original Hebrew population, but rather imposters from Europe and Eurasia, all descendant from Gomer, the rest can be put into perspective. Their purpose was to hide the history of the real Hebrews, so that they may be the chosen people. And they were successful, as they were chosen. As the Most High God of Israel had chose a people, Satan did too, he chose Jews, specifically Ashkenazi. He chose them and gave them the world, so long as they do his desire and work for him. These imposters set themselves up to be the real Hebrews, and establish their god (Satan) as the God of the Bible. One of the many ways they did this was by going through ancient Hebrew texts and “revising” them, while changing the Name to the Tetragrammaton, which is Satanic.

THE JEWISH MASORETES INSCRIBED THERE GODS NAMES IN OUR TEXT!!
In Hebrew, Je, Jeh, Jah, Yah means Lord or God.

The suffix “HOVAH” is No. 1943 in Strong’s Hebrew Dictionary and has the meaning of “ruin, mischief.” It is another form of No. 1942, ‘HAVVAH’, which is translated “calamity, iniquity, mischief, mischievous (thing), naughtiness, naughty, noisome, perverse thing, substance, very wickedness.” Put the two (Je + hovah) together and you get “God of ruin, mischief, calamity, perversion, wickedness and noisome. Simply put, Jehovah is The God of Evil!
JEHOVAH is SATAN!

Another form for H1942; ruin: – mischief.
You have people that know the Ancient Phonecian Hebrew and they have got themselves a JPS Hebrew Tanakh and read the Yahweh/Jehovah in the scriptures and it says Yahawah but it is still the same as Jehovah or Yahweh which means sacred god of wickedness, clamity and ruin.

But Satan also have Yah/Jah in his name, when you reach a certain degree of Masonary they reveal to you Satan’s name Jahbulon. So Yah/Jah can also refer to fallen God’s also.

Hallelujah was also injected into the scriptures through the Tetragrammaton because Halal is SATAN! So when you are saying that you are praising Lucifier.
H1180
‎בּעלי
ba‛ălı̂y
bah-al-ee’
From H1167 with pronominal suffix; my master; Baali, a symbolical name of Jehovah: – Baali.